The Komodo National Park is a protected area located in Indonesia that was established in 1980 to protect the Komodo dragon, the largest species of lizard in the world. The park includes the three larger islands of Komodo, Rinca, and Padar, as well as numerous smaller islands.

Komodo is known for its beautiful beaches, crystal clear waters, and diverse marine life, making it a popular destination for scuba diving and snorkeling. Visitors to the park can also go on guided hikes to see the Komodo dragons in their natural habitat, as well as other wildlife such as wild boars, water buffalos, and various bird species. The park is also home to several small villages, where visitors can learn about the traditional way of life of the local people.

Scuba diving in the Komodo National Park is an exciting and unforgettable experience. The clear waters and diverse marine life make it a great destination for both beginner and experienced divers. Visiting divers can expect to see a wide variety of colorful fish, corals, and other sea creatures, including manta rays, reef sharks, and turtles. The park is also known for its strong currents and deep waters, which make it a popular destination for drift diving. Some of the most popular dive sites in the park include Crystal Rock, Castle Rock, and the Cauldron (aka the Shotgun). Divers can also visit the famous Manta Point, where they can swim with the massive and graceful manta rays. Overall, scuba diving in the Komodo National Park offers a unique and exciting adventure for anyone who loves the ocean.

About the Komodo Dragons

The Komodo dragon is the largest species of lizard in the world, with adults reaching lengths of up to 3 meters. They are found only on the islands of Komodo, Rinca, and a few smaller surrounding islands in Indonesia, which are collectively known as the Komodo National Park. Komodo dragons are known for their powerful legs, sharp claws, and sharp teeth, which they use to kill and eat their prey, which can include deer, pigs, and even water buffalos. They are also able to swim and can stay underwater for up to 30 minutes at a time. In addition to their size and hunting abilities, Komodo dragons are also known for their impressive sense of smell, which they use to locate prey from distances of up to 10 kilometers away. Despite their fearsome reputation, Komodo dragons are listed as vulnerable on the IUCN Red List of Threatened Species. 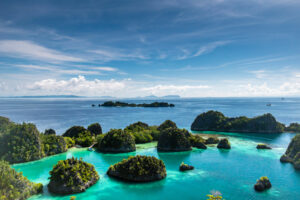 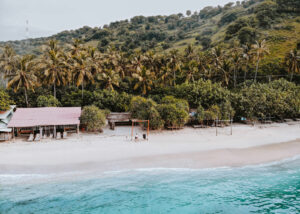 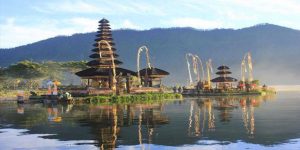 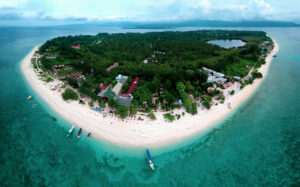 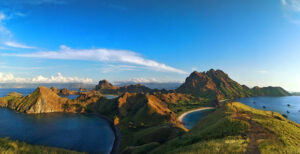